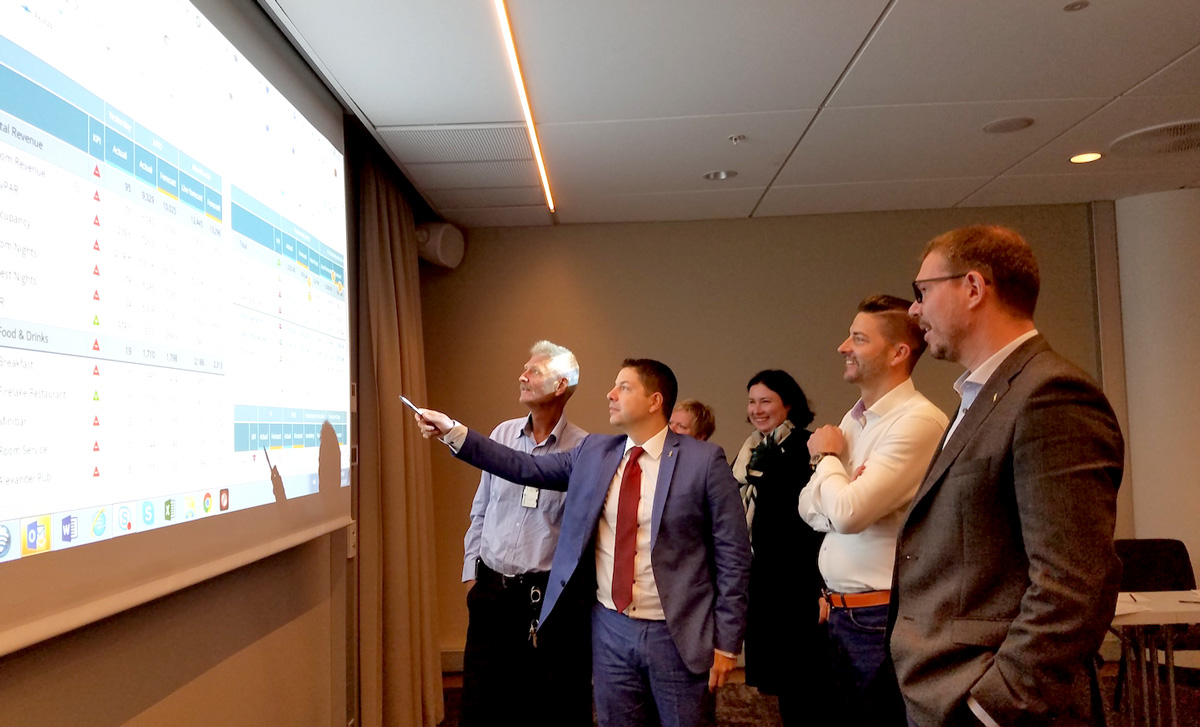 Stavanger’s fate is forever tied to the sea. This coastal city with whitewashed wooden houses from the 18th and 19th century has been luring more tourist each year, demanding the best hospitality experience for it’s visitors. Eric Cevey and Randi Gule had the pleasure to conduct a two day onsite training at the newly refurbished Radisson

Blu Atlantic Hotel in Stavanger. Together with the sister hotel in town, Radisson Blu Royal Hotel Stavanger, PMI was introduced to the two properties.

When moving fast, each step counts. PMI clears the path for your team’s success.

The Radisson Blu teams were very energetic about discovering the possibilities with Productivity Management Intelligence. Now they have a dashboard to plan for their next steps forward, even in the busiest of seasons. It was a pleasure to spend two days in this beautiful city on the sea.

GM Jens Brandin, who was very engaged during the sessions.